As a boy, Giaquinto apprenticed with a modest local painter Saverio Porta, (c1667-1725), escaping the religious career his parents had intended for him. By October 1724, he left Molfetta, and along with contemporary Francesco de Mura (1696-1784) and Giuseppe Bonito (1707-1789), he trained from 1719-23 in the prolific Neapolitan studio of Francesco Solimena, either with Solimena or his pupil, Nicola Maria Rossi. 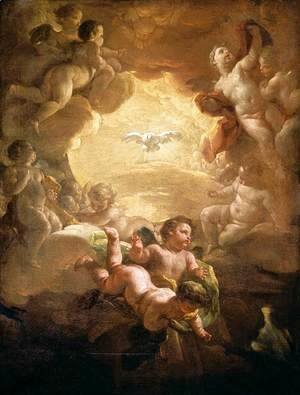 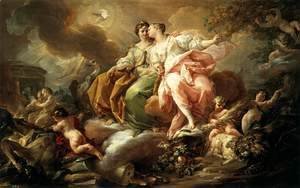 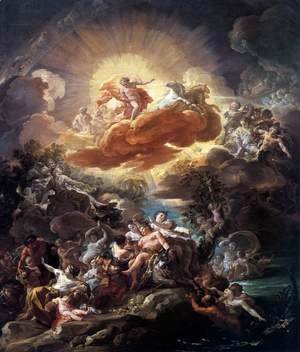 The Birth of the Sun and the Triumph of Bacchus 1762 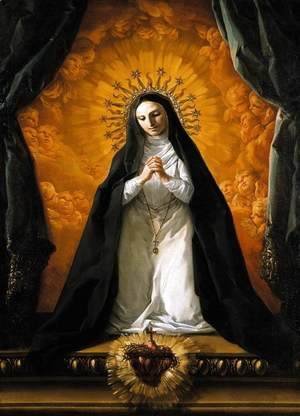 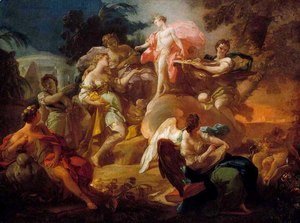 Allegory of the Arts with Apollo and the Graces 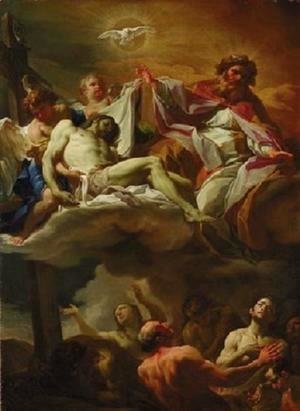 The Trinity with Souls in Purgatory 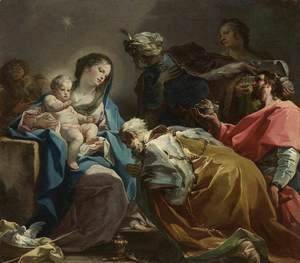 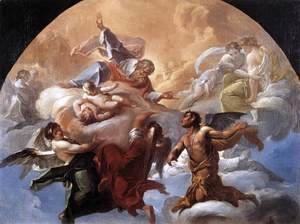 Satan before the Lord around 1750 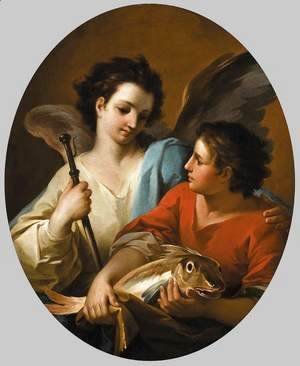 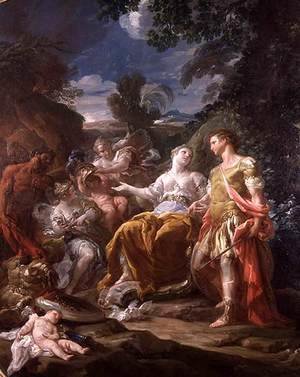 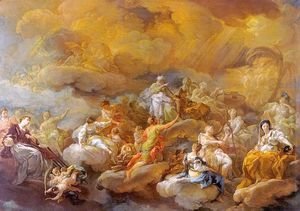 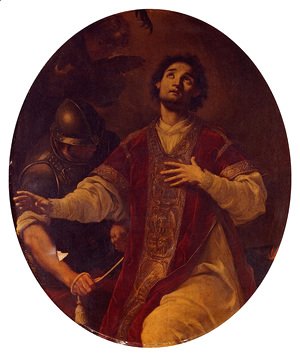 The Martyrdom Of Saint Lawrence